Steve has been painting and drawing since he was a child. At eight, he sketched human anatomy figures from his older brother’s biology books. In middle school, his art teacher pulled his parents aside and encouraged them to enroll him in private advanced art education. Though at the time they couldn’t afford to do that, they did take him to a local artist’s studio where he met the artist and gained inspiration from their work. He continued to paint and draw throughout high school, and eventually immersed himself in the art world when he attended Central Washington University. For more than 20 years after that, Henderson made a living as a professional illustrator. He found he had a talent for emulating any style of art -- from cartoon caricature to cubism.

His versatility extends to a variety of media, including watercolor, acrylic, oil, pastel, pencil, and charcoal, as well as being well versed in computer software such as InDesign, Photoshop, and Illustrator. This career trained him over the years to work faster, think faster, meet deadlines, reach goals and work with a variety of media and subject matter. Much of Steve’s inspiration for his paintings is found in the world that surrounds him: his family and loved ones, as well as the Pacific Northwest, where he lives. The modern Northwest has canyons, meadows, beaches, mountains, deserts, forests, lakes; a vast multitude of geographical wonders in a relatively small space. He hikes and bicycles everywhere, taking thousands of reference shots along the way – in fact, all of the scenes he paints represent places where he has physically been. He says that there are many beautiful, isolated areas hidden very close to where people walk, bicycle, or drive every day, and he loves discovering and capturing them on canvas. 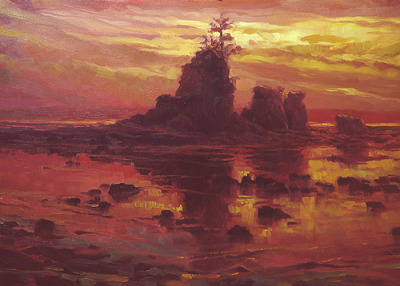 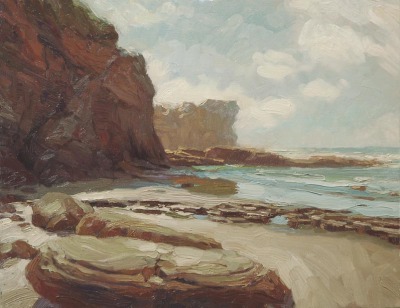 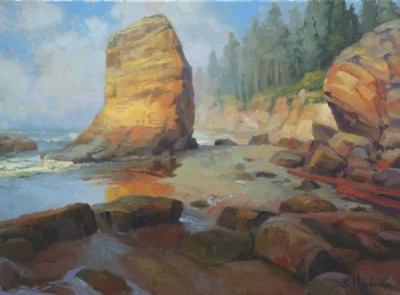 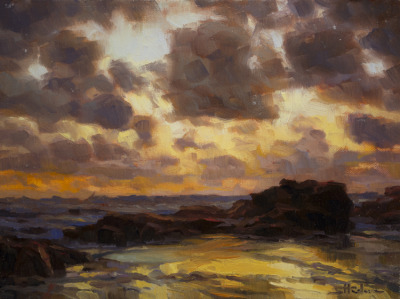 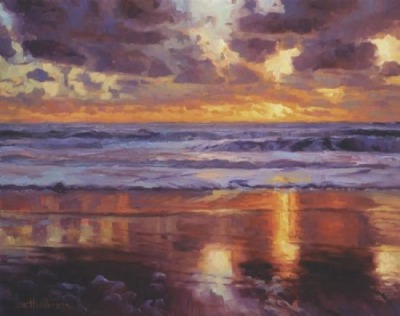 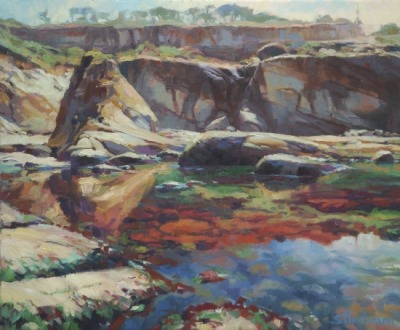 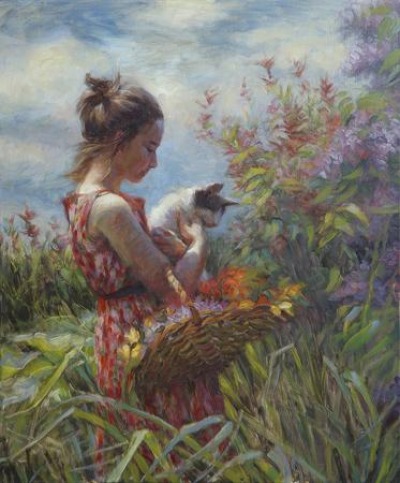 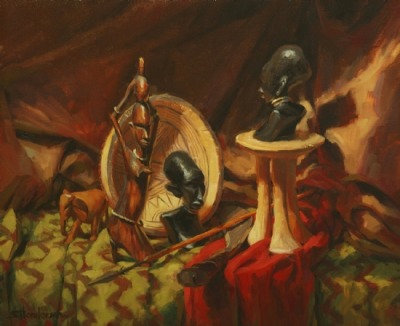 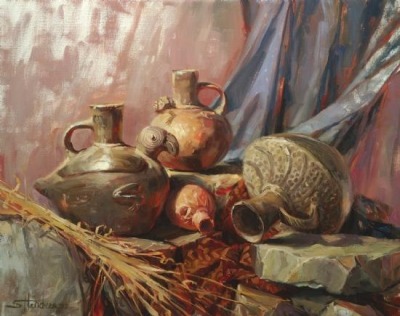 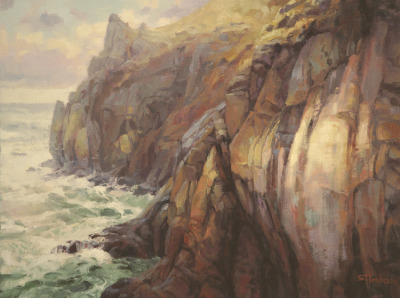 Where the River Bends 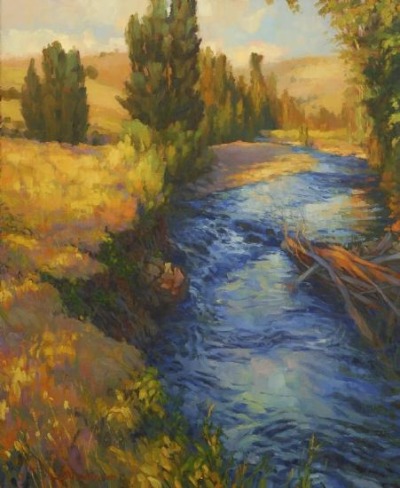 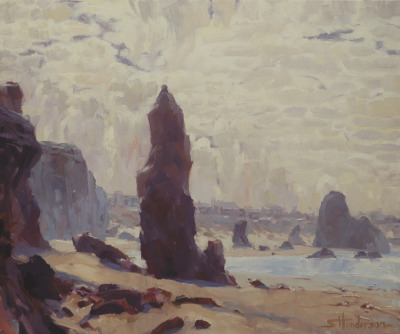